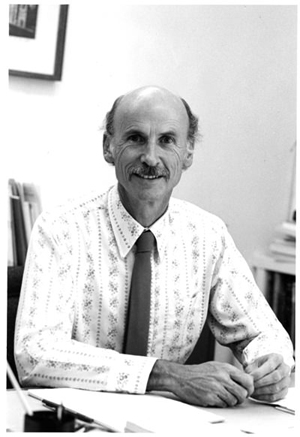 John Firor met Walter Roberts during his time at the Carnegie Institution of Washington's Department of Terrestrial Magnetism in the 1950s. In 1959, a movement began to upgrade the atmospheric sciences in the U.S. by establishing a National Center of Atmospheric Research, where the largest, most important atmospheric research problems could be addressed. Walter Roberts became the first Director of NCAR, as well as the first president of the University Corporation for Atmospheric Research (UCAR). HAO became a scientific division of NCAR and Roberts asked Firor to serve as the new HAO Director. 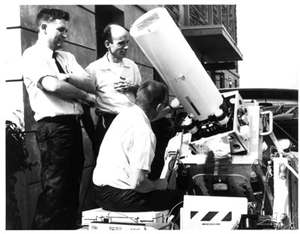 While Director of HAO, Firor presided over a very active scientific program that focused on non-equilibrium thermodynamics, radiative transfer, plasma physics, coronal spectroscopy, geomagnetism, physics of the Earth's upper atmosphere, and solar activity. Prominent scientists such as Jack Evans, Sydney Chapman, Gene Parker, Leo Goldberg and Donald Menzel visited to share their insights and enthusiasm with the HAO staff. Firor was also an active participant in HAO's well-known solar eclipse expeditions, traveling to New Guinea and to Lake Chad in Africa. Late in his tenure as HAO Director, he took the lead in helping to improve the involvement of the AAS in solar physics, and solar physicists in the AAS. Having led the AAS committee that planned its birth, he was the founding chair of the new Solar Physics Division. In 1968, he became the Director of NCAR when Roberts decided to split the directorship from the Presidency of UCAR.